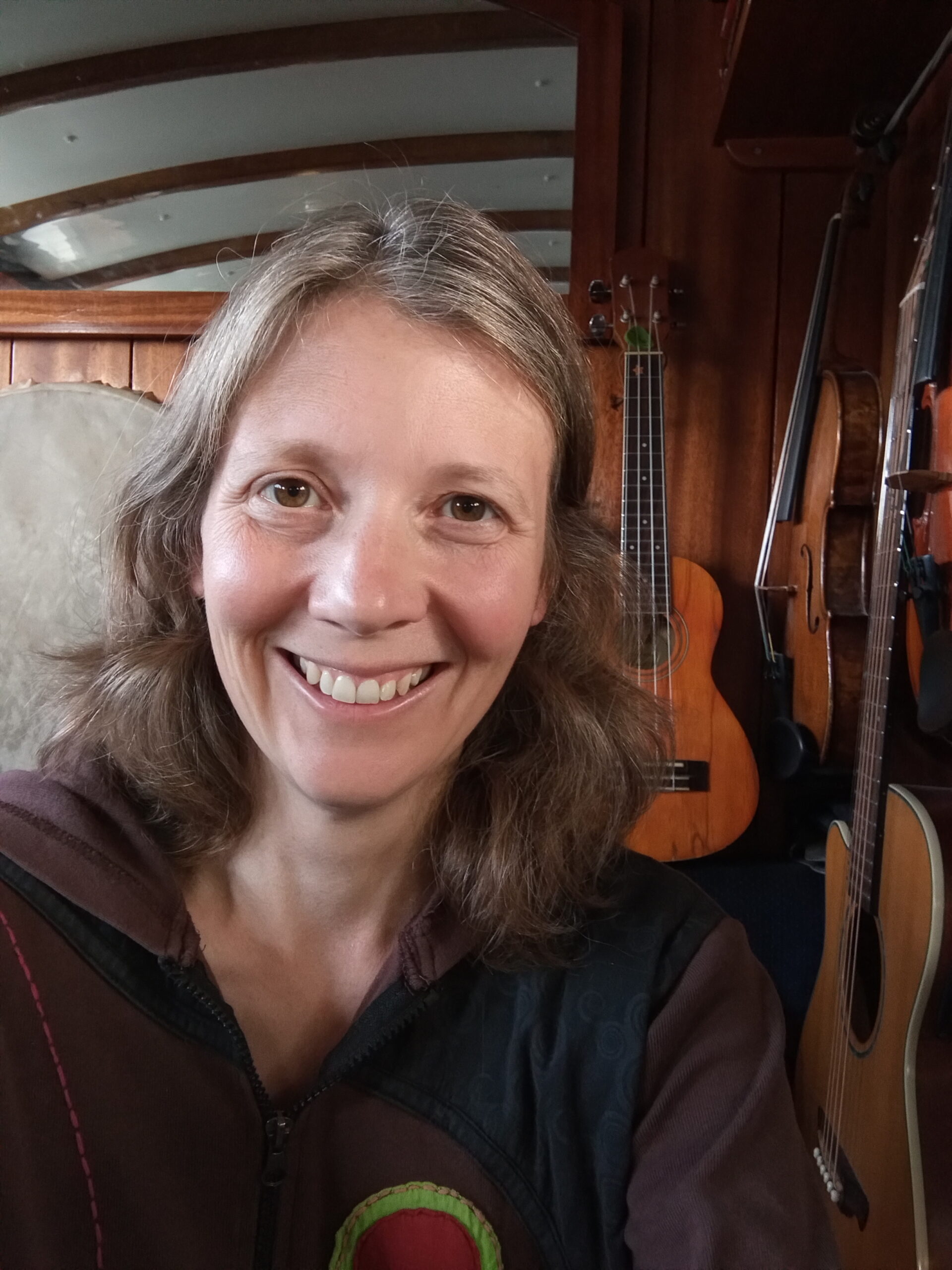 I was delighted to learn more about composer and music teacher, Rosa Conrad, this month. Rosa’s ‘Delightfully Easy Piano Duets‘ are an essential part of my repertoire library and a huge hit with my pupils, helping them to play with a steady beat, read patterns in music and inspire confidence in their playing. I hope that you enjoy reading about her life, the inspiration behind her compositions and compositional style in our interview below.

Rosa, can you tell us a bit about yourself?

I have always enjoyed improvising and writing music. I’ve been teaching music since 2000 and find it really inspiring. Rather than conforming to outward goals and arbitrary assessments, I follow the interests of the student and help them find what excites them. I teach one to one piano lessons, and ukulele and guitar classes, of various levels. Everyone is on a different musical journey so it’s never the same thing twice, never boring!

I studied composition for my degree and then did a Postgraduate Certificate in Piano Performance at Trinity College of Music. My teacher there transformed my playing and my concept of piano playing. She gave me so many invaluable insights, a great grounding for my teaching.

What I really enjoy is getting people together, mostly my students, friends, friends of my children and their parents, and, regardless of instrument or level, creating a band. Finding parts that are easy and fit well together allows people to enjoy making music with others without difficulty. It can be quite raucous and it’s always fun!

I had some arrangements of sea shanties published a few years back and have recently been working with a community choir in London, making arrangements of pop songs tailored for them, which has been exciting.

What or who inspired you to start composing?

I was lucky as a child. My maternal granddad played the piano by ear and taught me tunes and chords to play with them, how to put them in different keys and how to play around with different accompaniments. He nurtured in me a love of music and an understanding of how it works, so making up my own music followed naturally.As I grew up I wrote songs on piano and guitar inspired by singer songwriters like Bob Dylan and Nina Simone. At the same time I was fascinated by the classical music I was playing in my piano lessons and studying for A level, so it was a good mix of styles.

You have composed some wonderful duet books for beginner and intermediate players. Can you tell us a bit about these?

Thank you! I used to visit a lady in her 80s and play piano with her weekly. I think of it this way rather than ‘teach’ as she wasn’t able to retain information in the short term. She had played to a high standard in her youth but had left it a long time. I found she could read music if it had specific attributes: large print, no key signatures to remember, hands staying in the same area and rhythmically simple. I found a couple of duet books in which the primo part ticked all these boxes while being in diverse keys and enjoyable to play. We flew through these duets week after week and, while not consciously remembering them, they seemed to consolidate into her muscle memory as the weeks went by. It was so lovely to be able to support her while she played and make a big sound together.

It was clear we needed more music like this so I started writing duets and trialling them out with her. I kept the secondo part simple so I could keep track of her part and wrote in gaps for page turns which had been a challenge in the books we had been using.

When I had a book ready I tried them with my beginners and they proved so useful. They gave the students a sense of making music with ease. They could keep the beat, play without hesitating and read the music without looking at their hands. The duets were also great sight reading practise for my more advanced students.I passed them on to other piano teachers who responded enthusiastically so I decided to have them printed properly and publish them. I initially called them ‘duets for student and teacher’ until I found that some of the parents of my students were playing them with their children and I realised their scope was wider than I had first imagined! I designed the cover deliberately to look old fashioned because I’ve always thought that sheet music used to look beautiful and we’ve lost that somehow. I used my long name to complement the old fashioned vibe.

How would you describe your compositional style?

I write in many different idioms, but I think if you looked for it there would be an overarching style. Economy of ideas, nothing superfluous, nothing too fancy. I like to leave the performer enough room for interpretation, I always imagine who is going to play this music and figure that they will have their own ideas. That’s what my book, ‘Fun, Games and Party Pieces’ is all about. Giving the beginner player ideas on how to do their own thing with printed music. Feeling free to play around with it.

Do you play any other instruments, and if so, which is your favourite?

Music is music whatever you express it with, but it’s helpful to play different instruments to see it from different angles. Piano is my main instrument so I guess I am more technically agile with it, but guitar is such a warm, intimate instrument. I’ve recently been leaning to play folk fiddle which is great because it’s all about rhythm. I’m enjoying playing a melody instrument for a change. I also love singing. I know you asked for a favourite but they all have a different role so it’s impossible!

Do you have any compositions that you are particularly proud of?

There are some things I have written that I like a lot; there’s a song called Black Holes and Stars which always goes down well with my ukulele and guitar students. It’s a bit bluesy with a catchy hook. I guess it’s pride I feel when people ask to play it more than any other song. It makes me pleased anyhow! I really like no. 5 in my first duet book, Breeze. I like the simplicity and sparseness of it with the counter melody in the middle that weaves in and out.

Finally, who is your favourite composer?

No one composes in a vacuum; we’re all influenced by one another. There are so many composers I like but there is one who made a great impression on my early musical life. When I was a kid we had a video of ‘Watership Down’. I became wholly entranced and obsessed by the orchestral score. I would press play, stop, run to the piano to play what I remembered, rewind, play, stop, run to the piano etc. I think I pretty much wore out that tape. The harmonies were so soulful and expressive, string lines weaving around each other, emotions ever changing; hope, pain, fear, beauty.It was written by Angela Morley, who began her career as Wally Stott. She was a well known composer of music for film and television. As a child I wrote to her, but in the years before internet I sent it care of the production company whose address I found on the video box probably long after the company ceased to exist.I happened to hear a radio documentary a couple of years ago about Morley’s life, particularly dealing with the writing of the music for Watership Down. Coming out as a transitioned woman in 1970, especially as her former male self was already a household name must have been so hard. And it turns out she had taken on the music for the film after a notoriously unpredictable composer pulled out with a week to go. She was initially reluctant to take on this huge amount of work, was persuaded and wrote practically the whole score in a week. My admiration doubled! 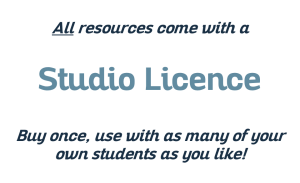 This website uses cookies to improve your experience while you navigate through the website. Out of these cookies, the cookies that are categorized as necessary are stored on your browser as they are essential for the working of basic functionalities of the website. We also use third-party cookies that help us analyze and understand how you use this website. These cookies will be stored in your browser only with your consent. You also have the option to opt-out of these cookies. But opting out of some of these cookies may have an effect on your browsing experience.
Necessary Always Enabled
Necessary cookies are absolutely essential for the website to function properly. This category only includes cookies that ensures basic functionalities and security features of the website. These cookies do not store any personal information.
Non-necessary
Any cookies that may not be particularly necessary for the website to function and is used specifically to collect user personal data via analytics, ads, other embedded contents are termed as non-necessary cookies. It is mandatory to procure user consent prior to running these cookies on your website.
SAVE & ACCEPT
×
×